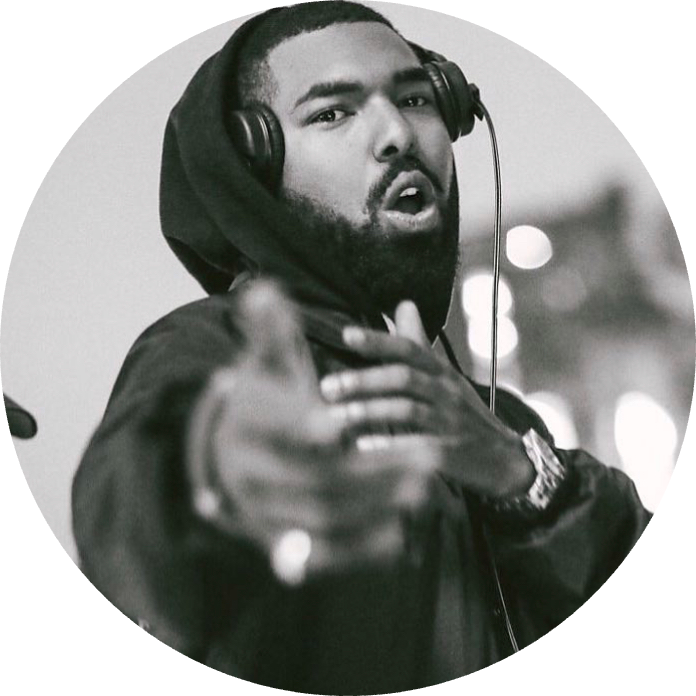 Celebrating the Life of
Quinn Coleman

Our beloved son, brother and friend passed away on August 16, 2020. We want to celebrate his life and acknowledge that our lives will never be the same.

Quinn Spencer Coleman, who as an A&R executive at Capitol Records, an independent music promoter, and DJ in Los Angeles clubs, shaped a life based on his love for music and for up-and-coming artists, died at his Los Angeles home on August 16.

Born and raised in Washington, DC, Quinn developed an early interest in sports and music, playing baseball, soccer, and basketball at Michael Jordan’s summer youth camp. He attended Sidwell Friends School where, in high school, he was a lineman for the Fighting Quakers football team.

A popular student, Quinn served as the school’s emcee. He traveled to the Dominican Republic as a junior to build a community school and during his senior year, served as a teacher’s assistant for Sidwell’s Freshman Studies class, aiding teachers while imparting life skills to the new students. During high school, Quinn discovered a love for DJing, assuming the stage name “DJ Spicoli,” always prepared to entertain friends and family at gatherings.

After graduating from Sidwell in 2007, he went on to Boston College where his interest in music grew and he became a popular campus DJ. Quinn’s passion for identifying and supporting emerging artists also grew in college and, in partnership with longtime friend Modele “Modi” Oyewole, he created a radio show called “DC to BC” which gave a platform to emerging artists and featured early interviews with J Cole, Wale and Kid Cudi before they became household names. Quinn graduated from Boston College in 2011 with a degree in Communications.

After college, he combined his love for music and his entrepreneurial spirit to become a music promoter in Washington, DC. He brought Kendrick Lamar and ScHoolboy Q to play at the legendary 9:30 Club for their first-ever East Coast headline show.

But Quinn left his biggest mark on the Washington, DC, music community with the creation of Trillectro, a single-day music festival he launched in 2012 with friends and partners Oyewole and Marcel Marshall. Lauded for showcasing up-and-coming artists, Trillectro spotlighted multiple genres of music and shaped a setting where cultures could converge. Starting at the Half Street Fairgrounds near Nationals Park, the festival soon outgrew its venue and moved to the 19,000-seat Merriweather Post Pavilion where such artists as Wale, ScHoolboy Q, A$AP Ferg, SZA, Chance the Rapper, Travis Scott and Kid Cudi performed.

Quinn and his partners produced six festivals in seven years. He often remarked that co-creating Trillectro was his proudest achievement. It was characterized by the media as one of the largest music festivals in the area and one whose organizers stayed ahead of the music curve.

Quinn parlayed his love of music into a full-time profession, starting at SiriusXM as a programmer in the electronic dance music department. He relocated to Los Angeles, joining Warner Brothers Records where he worked in marketing and A&R. Most recently, he served as VP of A&R at Capitol Records where he continued to seek out and sign emerging talent to the label.
During his time at Capitol, Quinn was credited for signing R&B/Soul duo Brasstracks and was instrumental in the creation of their latest album “Golden Ticket” which the artists subsequently dedicated to his life. He also mentored younger professionals, eager to pass along his knowledge of the industry and instill the same passion he felt for music in others.

He was a DC kid through and through, always proud to represent his city even after moving to Los Angeles. For his 30th birthday, he decided to share his hometown roots and love for its Go-go music with his Los Angeles community. To mark the occasion, he brought together friends and family at Los Feliz’s Los Globos with a 12-piece Go-go band performance, as well as an impromptu Wale concert. Quinn also continued DJing in Los Angeles, appearing regularly at such hotspots as Lock & Key, Los Globos and, with the collective W.O.M., presented a well-known recurring party at A Simple Bar. He loved to make people dance.

When he wasn’t at the office, spinning music or working on his many artistic and entrepreneurial endeavors, Quinn was an avid golfer, playing as many courses as he could. A lover of art and fashion with a distinctive sense of style, he was also a fierce advocate for social and racial justice and remained committed to those causes throughout his life.

Quinn’s death was met with hundreds of accolades on social media, ranging from "uplifting" and "humble," to "compassionate" and "true." Those who knew him say he brought these qualities into every element of his life.

A private celebration of life will be held. In lieu of customary remembrances, Quinn’s family requests donations be made to the Quinn Coleman Memorial Fund, established in collaboration with the GRAMMY Museum and dedicated to increasing access and pathways into the music industry for aspiring Black music creators and professionals.

Here are ways to help the family.

Additional ways to honor and support the family.

If you have any questions about our services, please feel free to contact us.

We are here to help you, The Blue Butterfly Staff.

Please fill out the form below to notify the organizer.

Thank you for your RSVP to the service. We've notified the funeral planner.

If you'd like for us to keep you updated with information regarding the service(s), please enter your information and we will email details as they become available.

Please verify your email to receive updates about Quinn Coleman

Please fill out the form below to notify the organizer. If they accept they will contact you at the email address you enter below

Your request has been sent. If the organizer accept they will contact you at

Your memory has been uploaded and it has to be approved before it can display on the Memorial site. Please feel free to check back shortly. Thank you for your contribution.